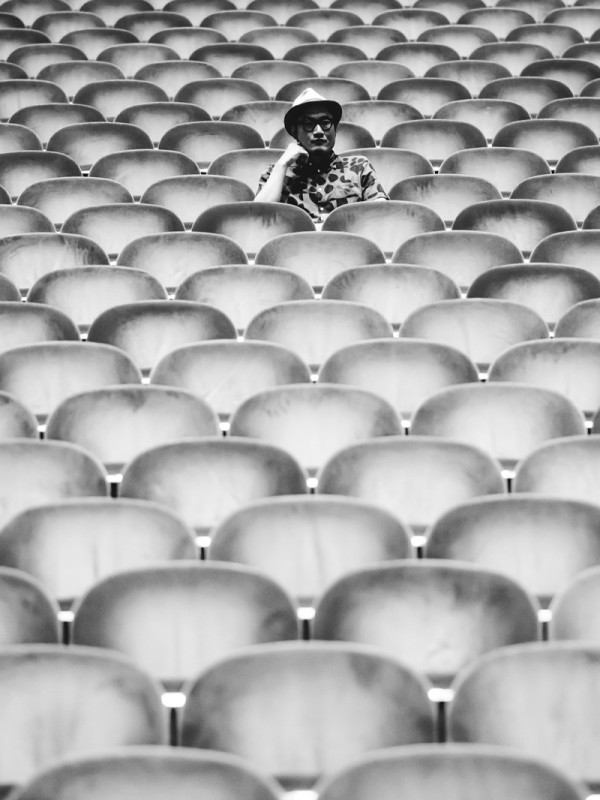 The Kyoto-based, Japanese multimedia artist, Baiyon is an active sound producer, creative director, art director, game designer and DJ. He is not bound to any single media.

Having made his musical debut in 2004 with the film Moog, a documentary about the legendary synthesizer maker, he has since branched out to many different artistic endeavors.

Baiyon has run his own label, Descanso, for many years. It has produced various releases, remixes from other labels, and curated live performances across the globe.

He later went on to collaborate on video game projects with Q-Games as sound and art director with his now legendary titles PixelJunk™ Eden and PixelJunk™ 4am in 2008 and 2012, respectively. Quickly following this, he went on to compose for LittleBigPlanet 2.
Additionally, he was selected as one of fifty important game industry people by Game Developer magazine.

Not to be tied down, Baiyon has had his storytelling designs featured in artworks and character designs along with various collaborations and have gained global media attention. He is also currently working on an original apparel brand, "Whisper Not" .

In 2016, Now after 15 years as a freelance artist, Baiyon has joined Q-Games to take on a role as creative director and continues to apply his unique artistic sense to creating remarkable games.

Baiyon creates worlds that combine not only graphics and product design fused with music, but also visual arts, that has achieved praise from all over the world.

– Provided a track for "YIIK: A Postmodern RPG" on PlayStation 4 and Switch
– Worked on sound design for PANASONIC’s PrimeSmash app for iOS and Android
– In addition to art and sound, debuts as game director for Eden Obscura
– Provided multiple tracks for Suda 51’s "Silver 2425" on the PlayStation 4
– Released 1st EP under "Tasukete Homie", a unit with Jukio "Kuabee" Kallio

– Full album "We are" is released
– Served as jury for IGF in the audio category, hosted by GDC

– Collaborated with Minecraft’s composer, C418’s album: "148"
– Collaborated on an audio-visual software called "PANORAMICAL" for the PC
– Composed music for a game from Italy "FOTONICA" for iOS and PC

– Worked on a remix album for Superbrothers: Sword & Sworcery, a game on iOS & PC
– Released "in the collaborations 5" with Jorge González
– Released a collaboration with Q-Games on a PlayStation®Move exclusive title called "PixelJunk™ 4am"
– Keynote speaker for "Global Game Jam" presented in 46 countries and 243 locations

– Released "Vibes against Vibes vol.1 & 2", a charity compilation for Great East Japan Earthquake relief
– Worked on a remix for "Ricardo Villalobos, Los Updates – I Throw Water Into The Lake"
– Worked on sound design and tracks on PlayStation 3 exclusive title "LittleBigPlanet 2"

– Provided a remix on an arrange album CD for PlayStaion Vita’s "DARIUSBURST"
– Released 12 inch EP from Ireland’s label D1 entitled "Evening Glow of a River – EP"
– Released "in the collaborations 3" with Hirokazu Tanaka, aka Hip tanaka.ex

– Provided tracks for "STOP-ROKKASHO", a project that is centered around Ryuichi Sakamoto

– Provided a track for the official soundtrack for documentary movie "MOOG"