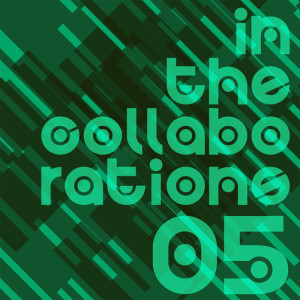 “in the collaborations 05″ is the collaborative work between Los Updates and Baiyon.
Los Updates is known as Jorge González’s unit. In 2008, they released an album called “First If You Please” from Cadenza founded by Luciano. Originally Jorge González is known as the vocalist of the legendary band “Los Prisioneros” from Chile, which has drawn 70,000 people to their reunion live held in the football field.
He is also an electronic musician who has been collaborated with lots of leading tech/house musicians for many years. These collaborations have a great range such as with Ricardo Villalobos, Senor Coconut, Dinky, Sieg über die Sonne formed by Dandy Jack and Tobias. and more.

“in the collaborations 05″ includes a techno-style track “Take Away My Eyes” featuring Jorge’s distinctive vocal along with 2 extended mix of the track by Los Updates.